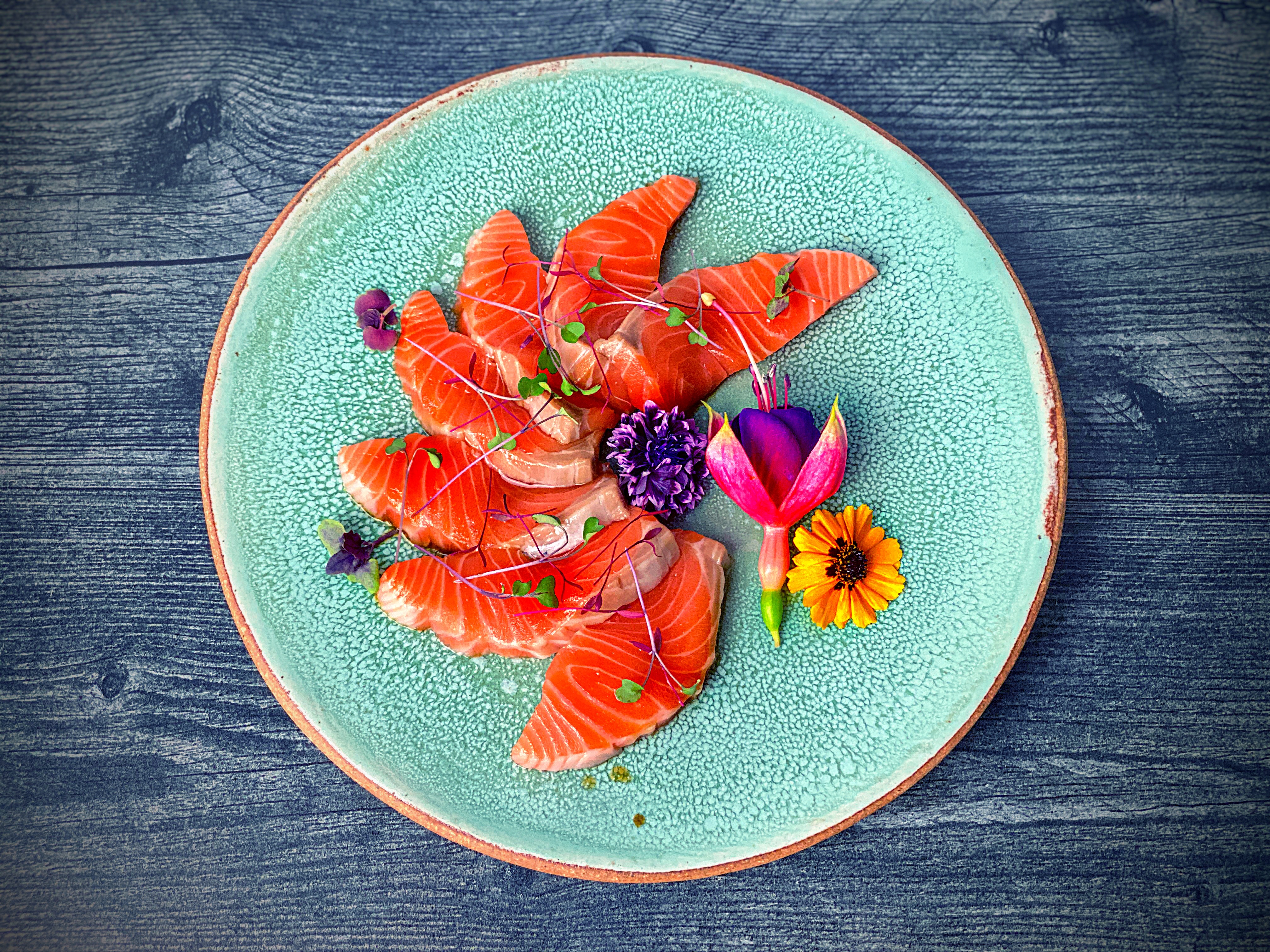 During these weeks of staying at home, we have been missing sushi and sashimi dinners. We found an amazing sushi-grade salmon fillet and have decided to prepare some sashimi for the first time! Make sure the fish fillet is dry (pat it down with a paper towel) and cut against the grain of the fish meat. Only caveat: a sashimi knife is HIGHLY recommended! Our first try was quite a success :).