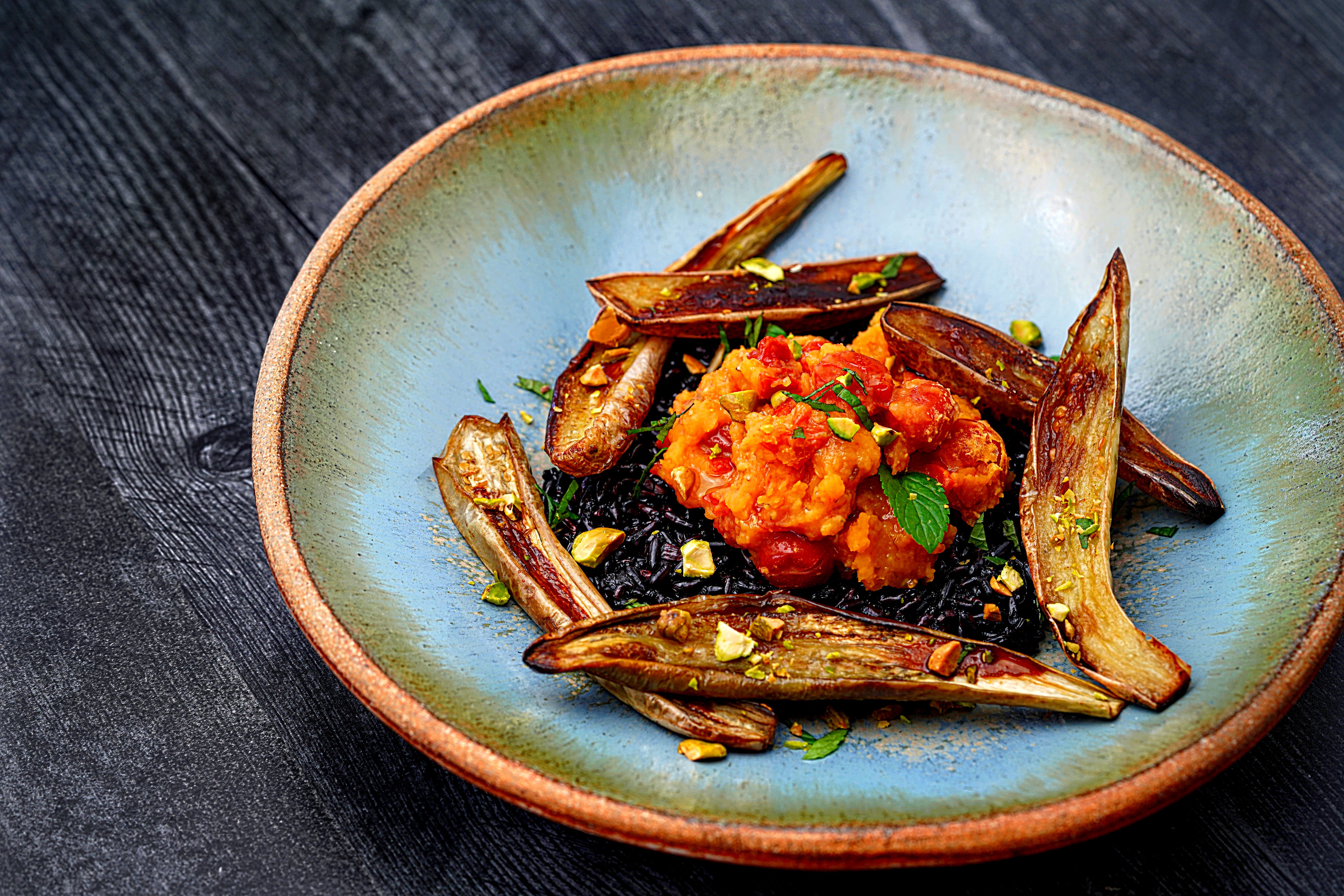 This is our take on a traditional Israeli recipe. We have decided to cook all the ingredients separately and mix them at the end and replaced the chickpeas with red lentils. We added black rice as a fusion element and also to have a full vegan meal. We really enjoyed this recipe!