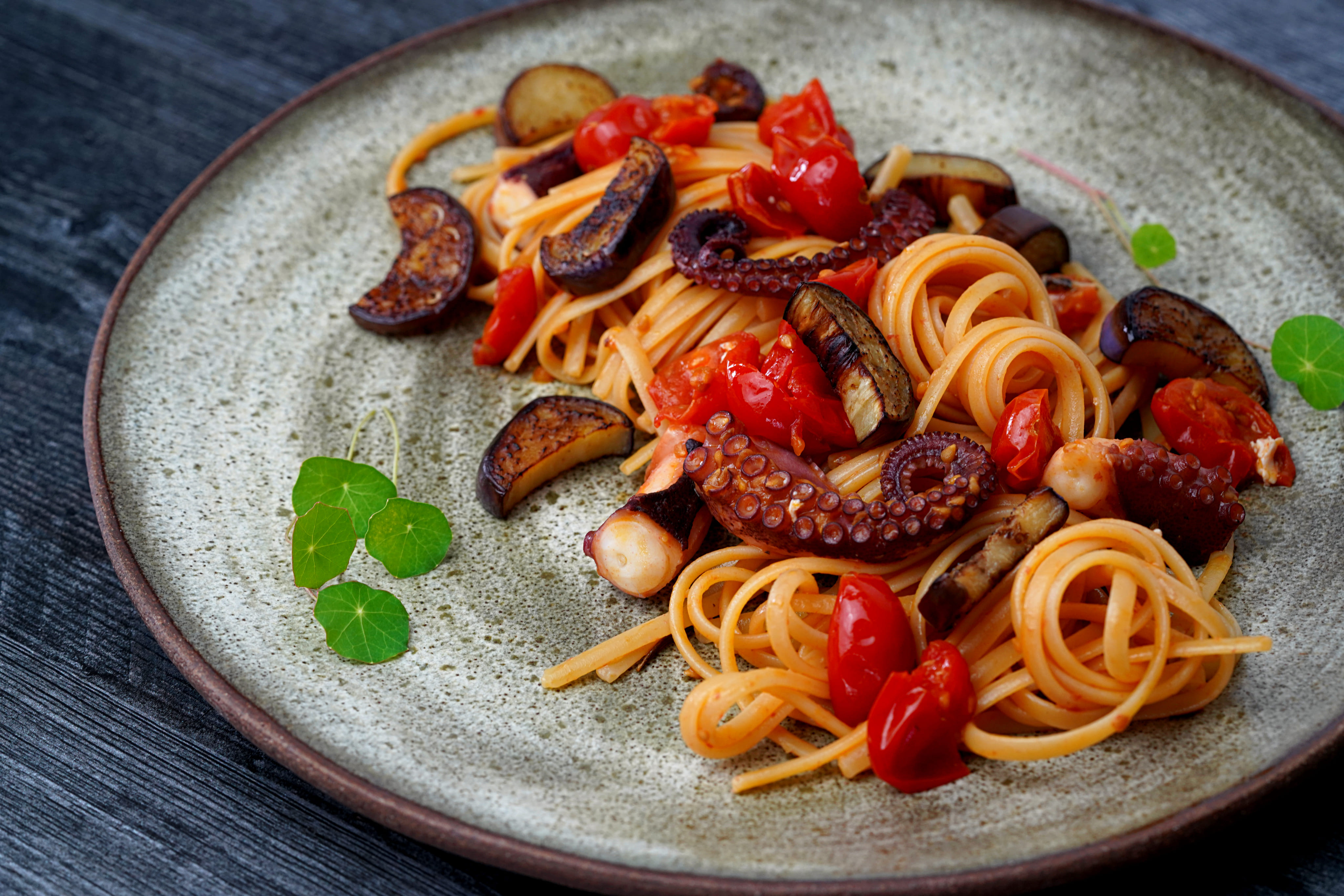 We created this recipe almost by chance :). We had some previously steamed octopus tentacles that we didn't manage to finish and a few eggplants that we needed to cook. The inspiration for this recipe was my love for fried eggplants especially as a complement to cherry tomatoes. We thought the octopus tentacles would have been a great addition. This recipe ended up being absolutely delicious! Perfect combination in terms of flavors and consistencies between the 3 main ingredients: tentacles, fried eggplant and mashed cherry tomatoes.